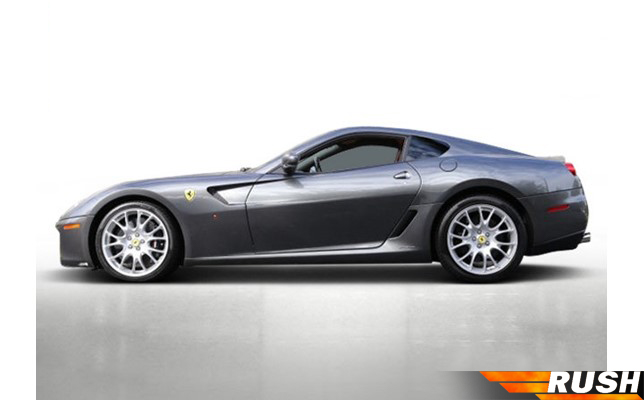 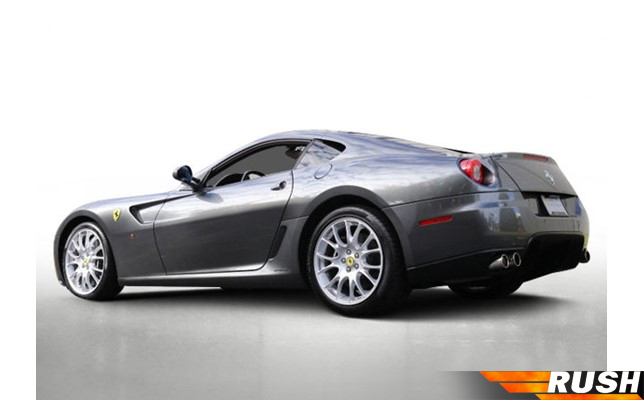 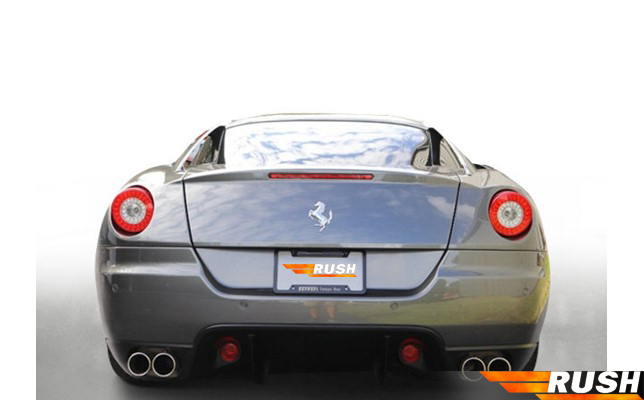 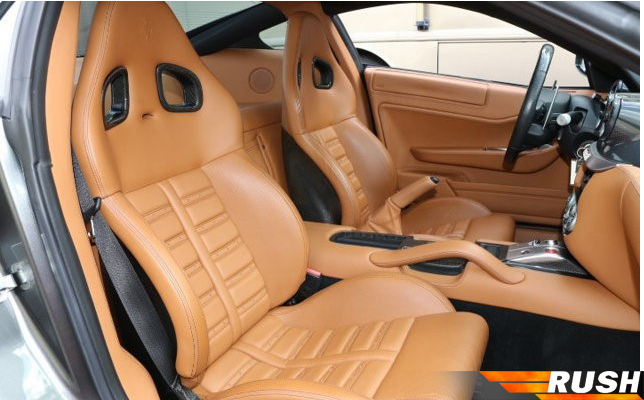 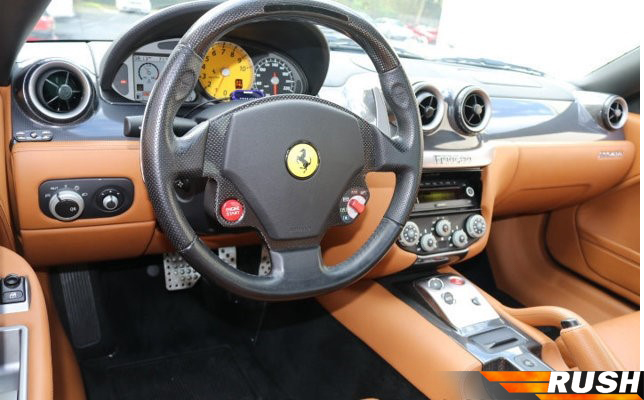 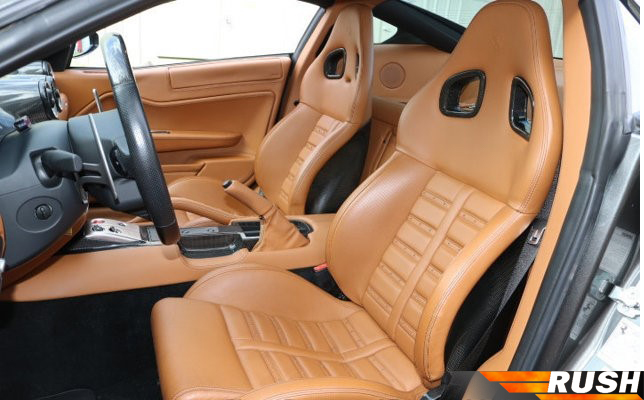 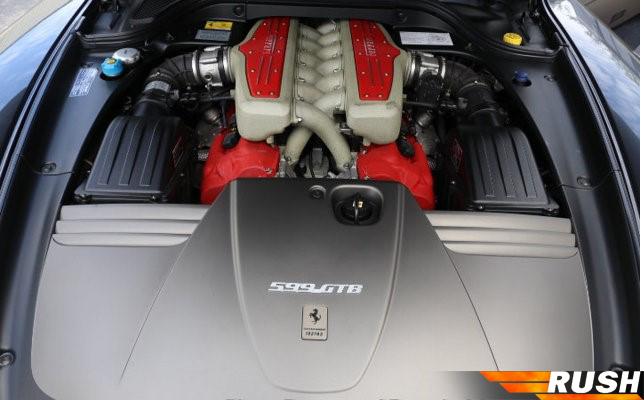 The 599’s mighty acceleration numbers are almost identical to the Enzo’s. At 3953 pounds, the Fiorano is 691 pounds heavier than the mid-engine, carbon-fiber Enzo and, by the factory’s accounting, has 39 fewer horsepower. Ferrari conservatively claims 3.7 seconds for the 599’s 62-mph mark. So, the 599 shouldn’t be this fast, but it certifiably was. Ferrari explains that the Enzo uses five-year-old technology and that the company has trimmed shift times of its F1 transmission (now called F1-SuperFast) down to 100 milliseconds and improved the electronic differential and subsequent traction. Indeed, the 599 doesn’t launch with any wheelspin, just a head-snapping slingshot that after four runs produced blistering numbers but furrowed the technicians’ brows with concern for the clutch. After that, it was parked. It’s hard to be subtle in a Ferrari, but this slate-gray 599 comes close. The 599’s basic shape, a forward-sloping wedge with big hips packing big rubber and a low, fast-moving slip of a roofline, is a sort of Corvette-meets-Supra profile that is both audacious and fairly familiar. Pininfarina’s body design makes heat waves of testosterone, but rendered in a dark hue, some of the visual radiance, the grilles and slots and ducts—11 in all—gel to background, even with the $1743 “SF” (Scuderia Ferrari) fender badges standing proud.Warm or cold, the Ferrari starts with a 2000-rpm bark. The cockpit is thoroughly insulated—perhaps too much so for a Ferrari—so drop the windows for the full stereophonic exhaust-note performance. The 5999cc 65-degree F140C V-12 is hot-blooded. Within minutes the giant cooling fans are whining as only an Airbus A380 double-decker aspires to. On the freeway, tire roar is the biggest decibel generator, followed by the distant engine burr and some wind noise. The electromagnetic shocks constantly self-adjust to furnish a cruising ride that is unyielding but surprisingly lurch- and crash-free.