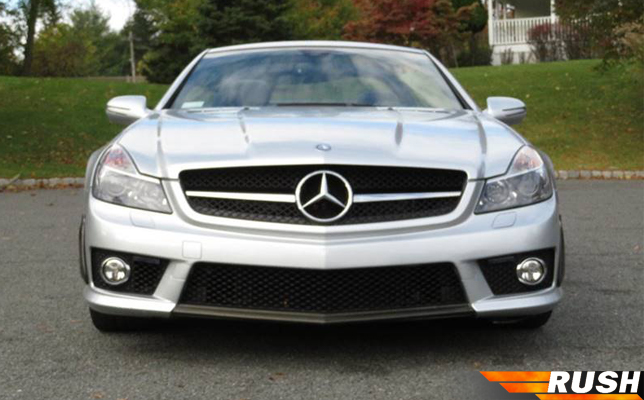 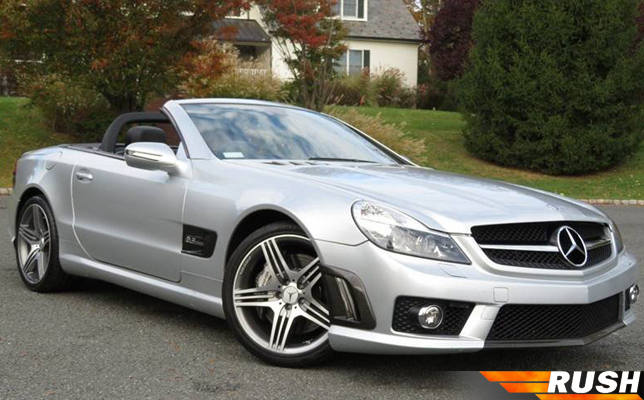 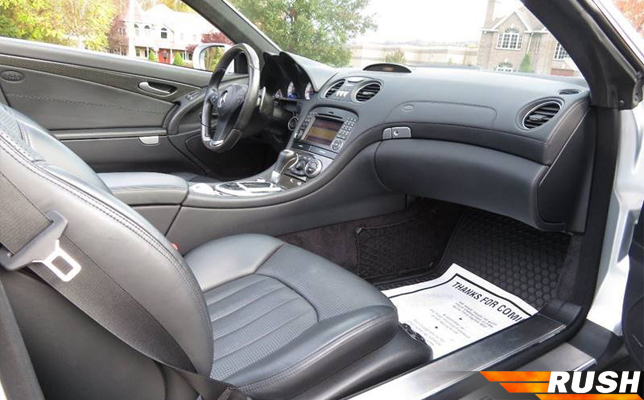 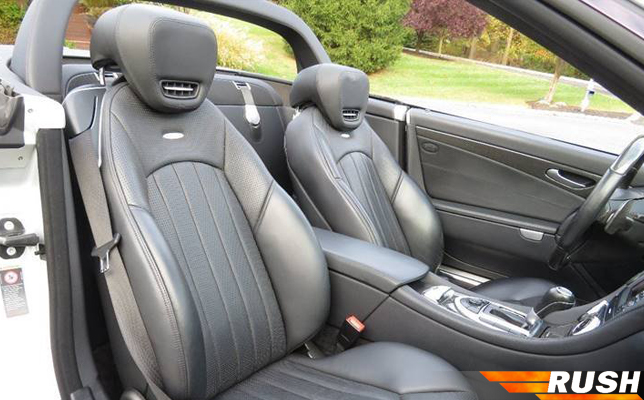 The Mercedes SL63 AMG weighs more than 4400 pounds—this particular car was 68 pounds above that—and its equipment inventory goes a little beyond minimal: a hardtop that folds itself into the boot in just 16 seconds, a sophisticated semiactive suspension, leather-clad seats with enough power adjustments to fit anyone from Quasimodo to Shaquille O’Neal, a system to heat one’s neck during top-down motoring in chilly weather (Lotus 7 drivers used live ferrets), orchestral audio, a nav system (in Chapman’s day that was called a map), and power everything. Cars in this price/performance realm—the bottom line reads $140,925—fall under the heading of execu-rockets, and it’s unlikely that the idea of racing would occur to most of their owners. Still, this two-ton hunk of exquisite engineering seems to at least straddle the vague boundary between grand tourer and sports car. It’s a superb boulevardier, announcing its arrival with a distant-thunder rumble certain to accelerate the pulse rate of anyone addicted to V-8 music—Valhalla’s own pipe organ. The sports-car persona will reveal itself on some winding back road, when the pilot clicks in the max sport settings and applies the power. As velocities and g-loads soar, his sense of connection with the machinery increases in direct proportion. It’s a symbiotic bond—the car as an eager accomplice, an extension of the driver’s will—that occurs rarely in contemporary cars. And in the SL63, it’s enhanced by all the hedonistic goodies that separate these posh two-seaters from lesser rides. Chapman might not have approved of all this mass, but he was no more immune to self-indulgence than anyone else.